Posted on December 12, 2014 by Babita Jaishankar

Today we have a guest post by a professional photographer who has shared some insights as part of an ongoing series. Here she begins to discuss how as a photographer it is important to have a good rapport in order to accurately depict what the subject wants and how certain poses and clothes affects the overall mood in finished image.

Over many sessions of photographing people, I have come across subjects who come asking for specific looks and feel for a shoot. During my consult, I try and understand what exactly they want to achieve in their image (a.k.a what they want to project) even though it might be a bit staged.

I feel that clothes set the mood for how a person feels once they are in them. Do you want to feel romantic, sexy, casual at home, country style, etc.? What is the mood you want to convey? Also, to a great extent, how one poses also helps in pulling out those personality traits.

For most of my sessions I try and speak to the subject at length about their likes and dislikes prior to the shoot. I try and understand a bit about their personal lives and everyday routines so as to project their inner souls and aspirations as accurately as possible.

People fantasize a lot and more importantly about someone they always wanted to be but for various reasons couldn’t. Photo shoots allow them those moments. To capture them and relive those dreams. Choosing the right outfit and style is definitely important. However, the overall set decor and ambience, the lighting and even the pose adds to the final image.

Getting the pose right is crucial to the success of the overall picture. Facing the camera, be it still or motion can be quite unnerving for someone who doesn’t face the medium quite often or isn’t a professional model.

It is up to the photographer to make the subject fall into the pose and help get them overcome their fears or stiffness. Even models start out shy but with good assistance and experience, it becomes easy. Very few people are natural in front of the camera and take to directions easily.

Giving a subject directions to pose, should stem from a feeling of mutual trust and respect. A good rapport is very important and conveys professionalism but a bit more personally. However, there is a thin line, as in any other profession, between being overly privy to personal and intimate details and helping a subject to ease in front of the camera. Goes, without saying, this line should in no way be breached. You are first a photographer and then a friend and confidant. 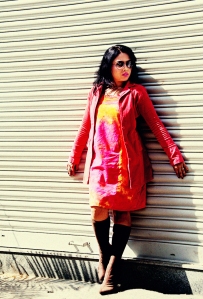 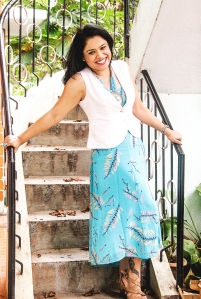 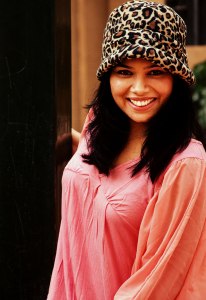 Begin by discussing comfort poses. Take a few while engaging in small talk. Something that is easily disclosed rather than intimate topics. Keep giving them feedback so that they know they are following your suggestions and are not overwhelmed by the silence…which normally ensues while you check the back of the camera. This slowly breaks down the ice and loosens the muscles. They begin to feel more secure and confident in your presence and start to flow into more staged poses easily. This gives the photographer more natural looking staged poses, per se. Giving them suggestions and showing reference shots can help the subject to understand your interpretation of how they want themselves to be captured. Certain angles, frame sizes also go a long way in bringing out the vision which needs to be a teamwork rather than a commander and follower relationship.

Eventually the both the subject and photographer will be comfortable in working with each other and it will also reflect in the end result, the images.

Rashmi Varier is a professional photographer who specializes in People and Food & Drink Photography. You can find more of her work on the link .

Posted on April 8, 2014 by Babita Jaishankar

Once in a while, one gets to make acquaintance with a person with a beautiful personality. These kind of days are worth all the other days, that may not have been as good. Today was one of those days. The woman I met today inspired me, helped me see everything around me slightly differently and THAT, has made all the difference, I think.

I have always thought that, as an image consultant, I am the one on the ‘helping side’. For these rare, above mentioned ‘once in a whiles’ though, my position seems undecided, as this woman helped me, just about as much as I could ever have helped her.

She began with her story, telling it like it was no more than a mere tale, a story in a book, but it was all real, and she was extremely open about her experiences. That was the first thing intriguing about her, she trusted me with her story, me, a stranger to her, and there was something really touching in that one tiny gesture. She told me her story from the beginning, her birth into a typical Indian family, a family with strong beliefs that girl children were burdens. She was the first of three girls, and was to be married off as soon as possible.

She took charge, and for the sake of her two little sisters, fought against both, her parents, and her community, for her right to education. She completed her education, and went for engineering. A girl fighting was unheard of, as it is, but she went one step further and pursued her dream.

This kind of story, I have often observed, is usually accompanied with the kind of voice that one associates with complaints or regrets. I was surprised to detect absolutely none of the two in her voice as she told me her life story. There was an air of positivity to her, and it was almost as though you could absorb it, simply by standing there, or talking to her.

She came to me today, simply after reading my website, and endearingly revealed all she could about herself to me immediately. By the time she’d finished her story, she had also requested to start a session with me. The aftermath did not matter. Today was today, and she’d brave tomorrow as it came. I was still stunned by her attitude, and attitude so rare, a gem of true sorts.

Attitude is so important, and the trust she placed in me was huge. Those two things about this one woman made my day. She has taught me a lot more than she will ever know – about life, and attitudes, and mostly about holding my head high, even when circumstances say differently. I cannot encourage others to be who she is, when I have not gotten there myself, but I was inspired by her, I feel those who haven’t, or may never get to meet her, should also be just as privileged to simply ‘know’ about her, as I am. 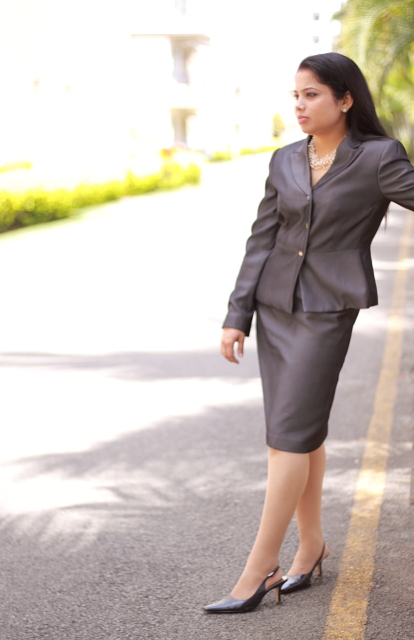 WSol (Wardrobe solutions) is all about transformations; from head to toe and inside out. We offer a comprehensive suite of fashion and image makeover solutions, with an emphasis on customizing packages to individual style, preferences and life goals.

We conduct individual consultations and workshops, all aimed at enhancing your self-confidence, with the help of the right image, grooming and attitude. Our goal is to help you reach your highest possible potential, personally and professionally.